The Art of Living Someday Today 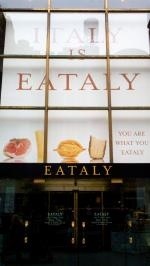 My 36-month-aged Parmigiano-Reggiano obsession reached a fever pitch earlier this year when several trips to New York City produced nothing older than 24 months. 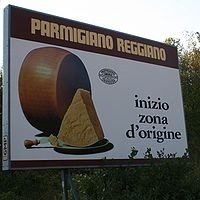 Yes, I became a cheese snob on that fateful day in April, 2007. I tasted the best and never wanted to go back to pre-grated cheese packaged in plastic.

No, I wanted that buttery yet crystalline bite that would linger on my tongue long enough to be washed down by a dry white wine. I wanted my cheese and was willing to whine to anyone about it.

In early December, my son and I visited Eataly on 5th Avenue in New York. We were greeted by the undeniable sound of espresso being prepared. One of my enduring memories of Italy was the sound the espresso demitasse cups & saucers. They sounded like chips in a casino. We shared a decadent combo of coffee and cocoa topped with real whipped cream.

Eataly has been described as the Disneyland of food and I cannot argue. It has 50,000 square feet of food and wine that had this foodie panting around each corner. There is an entire display case of handmade pasta. There are fresh vegetables, an extensive assortment of wine and enough fish to give any seaside village competition. You can buy a crown roast of anything, dozens of different cheeses, Prosciutto di Parma and take a cooking class at the culinary education center. If they had a bed I would live there. 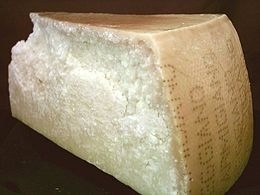 And, if I didn’t already think I had found my culinary Mecca, there it was: 36 month Parmigiano-Reggiano! It was (gasp) nearly $27 a pound … so I only bought two lbs. 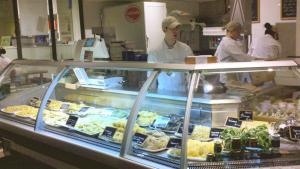 If you go be sure you have someplace to refrigerate your purchases because they do not vacuum pack anything. Plan on spending at least two to three hours and try to be there for at least one meal and an espresso break. Most of all, be sure you extend your credit limit on your favorite charge card — you’re going to need it. Mangia!

(EDITOR’S NOTE: This is the second of two parts. The first part ran on Thursday.)